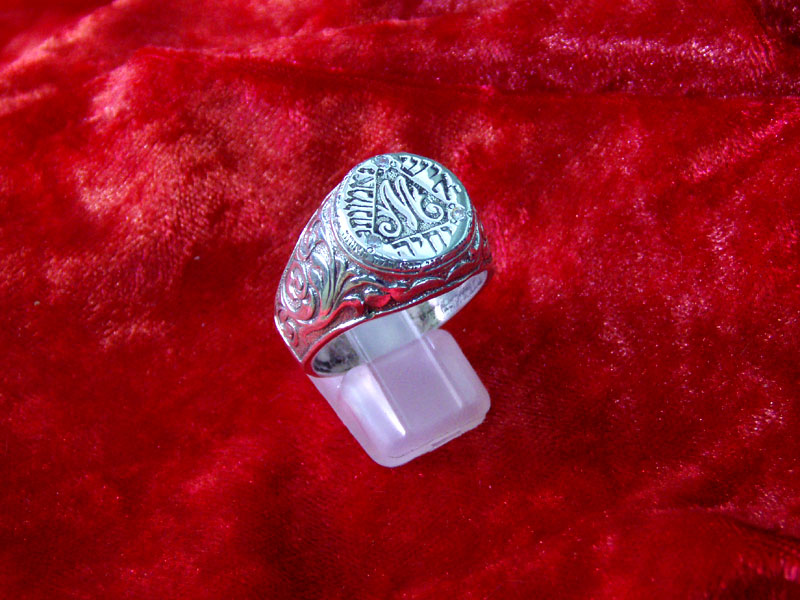 This Bulgakov ring is made of silver and inlaid with Zirkons. It was designed in the inspiration of Bulgakov's book "Master and Margarita". The great thing about this book is the two level story that faces the man to the truth of him. The repeated motive in the novel is that cowardliness is the worst of human measures and that fear is the cause of all suffering.

The ring has a triangle with three zirkons that represent the three forces in the creation. The triangle also represents the Delta which is the first letter in the devil name. The triangle appears on the cigarette box that the devil uses on the start of the book.

The M Represent the master. The ring should remind the wearer that he is the creator of his own reality. The ring is engraved with Hebrew "Each will live in his belief". Around the ring engraved in Hebrew a sentence cited in the book from Faust: "who are you, then? I am part of that power which eternally wills evil and eternally works good"

The most exquisite paradox… as soon as you give it all up, you can have it all. As long as you want power, you can't have it. The minute you don't want power, you'll have more than you ever dreamed possible.