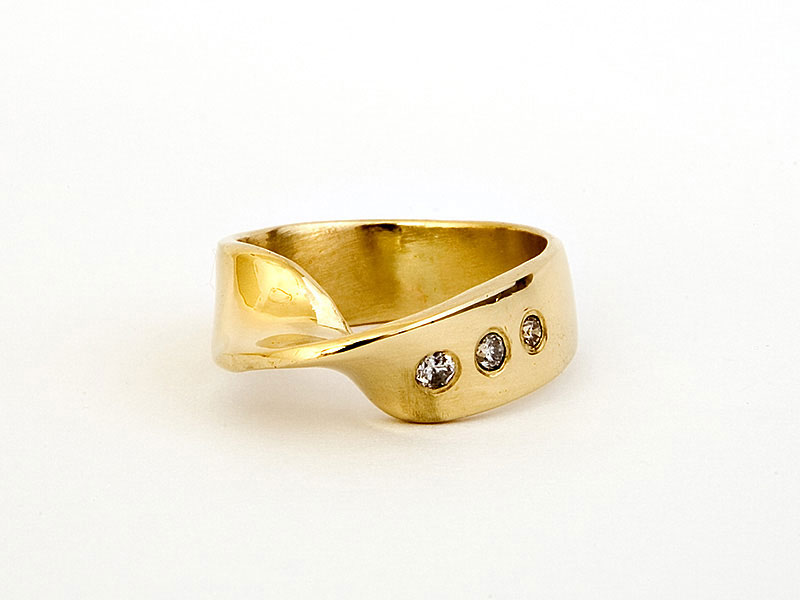 The Mobius strip, also called the twisted cylinder, is a one-sided nonorientable surface obtained by cutting a closed band into a single strip, giving one of the two ends thus produced a half twist, and then reattaching the two ends.

There is no difference between the inside and the outside of the Mobius ring. This is an example of the creator which created everything from itself. The Mobius ring represents the inner divine self, as can be found in the geometrical qualities of it.

The Mobius ring is great as a gift between couples who want to symbolize their unity and oneness. It can also be used as a wedding ring.

Would you rather be right or free?