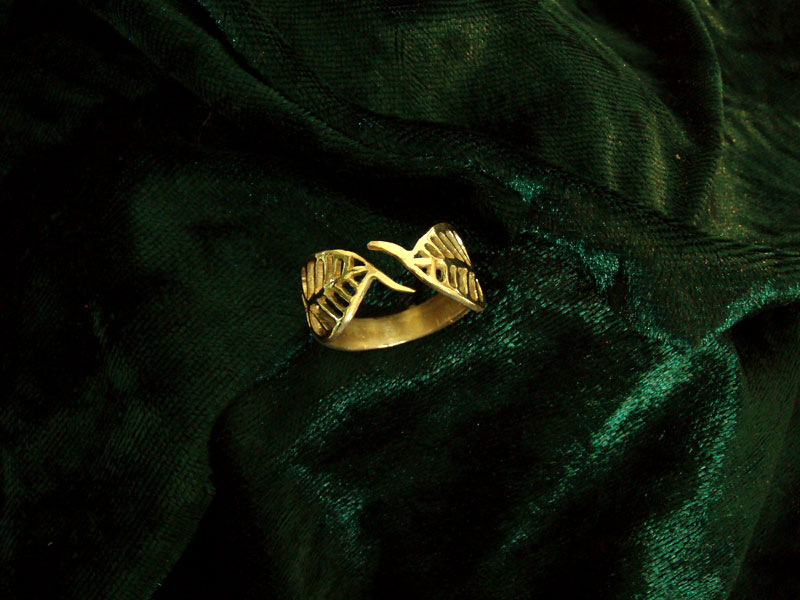 The Buddhi ring is made in the shape of Ficus religiosa leaves, known as the tree under which the prince Siddhartha Gautama reached awakening and understanding of the source of all suffering.

Around the stone there is a sentence in Hebrew – "Utterly senseless, everything is senseless!" taken from the book of Ecclesiastes written by King Solomon. Many Buddhists relate to Ecclesiastes as a highly Buddhist script. Both Buddha and King Solomon related to life as Maya – Illusion or Senseless.

The word Buddhi was mistakenly translated to “enlightenment” although the true meaning of it is ‘awakening’ or ‘awareness’. The use of the term ‘enlightenment’ leads to a basic misunderstanding of the Buddhi state as something supreme that cannot be attained. Actually the Buddhi state is simply a state of consciousness awakening and being without illusionary thoughts.

The Buddhi ring reminds the wearer the possibility of being compassionate and modest which are highly important in the awakening process.

By bringing about a change in our outlook toward things and events, all phenomena can become sources of happiness.