The ring of Tao gold 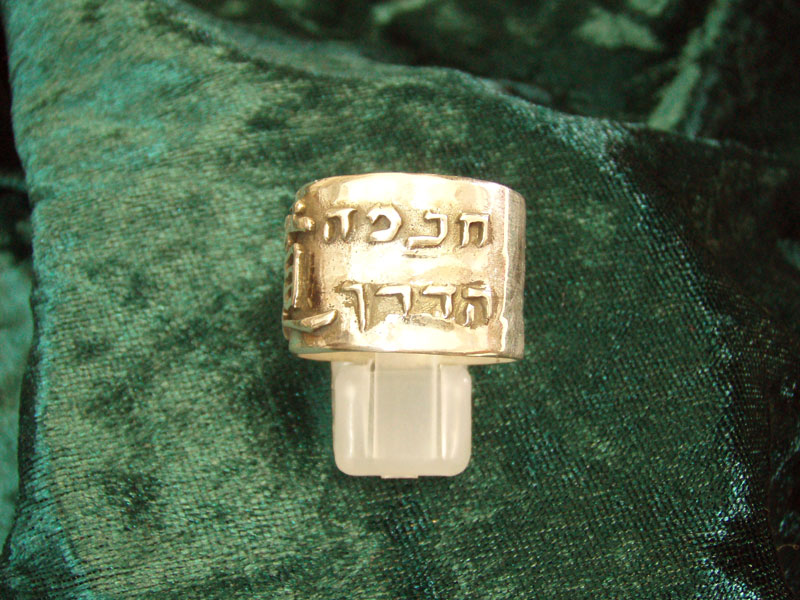 The ring of Tao contains the Hebrew engraving of the sentence – “The road is wiser than the one who walks in its path”. In the middle of the ring appears the symbol of the Tao. The Taoism is an ancient Chinese philosophy based on the book “Tao te ching”.

The meaning of the word Tao is “Road” in the sense of path, road and as well knowledge. The symbol of Tao that appears on the ring means – “when the walker and the road become one”. The Tao philosophy says that there is a law of nature according to which all things act. When the walker on the path realizes and feels this law, he becomes one with the universe. Each and every step he makes is made harmonically with the universe. When the walker is at that state he works by the principle of “wu wei” – a minimal effort at each and every step because harmonic movement does not require any effort.

The Taoism works according of the principles of the yin and yang. Taoists live a simple life, based on strong relations with nature, family and modesty. The Tao model of leadership is based on three basic principles (Three "treasures" as Lao Tse calls them) – compassion, modesty and efficiency.

There is nothing more marvelous than doing something you love to do and getting paid for it. It ceases to become work, money, and effort; and it becomes fun, your expression of the joy of life.